Maria Montessori was always a little ahead of her time. She was born in Italy in 1870, and in 1896, became the first female doctor in Italy.

Dr. Montessori based her work on the direct observation of children. She accepted no preconceived opinions or theories about their abilities, nor did she attempt to manipulate their behavior by reward or punishments toward any end. She constantly experimented and developed materials based on the interests, needs, and developing abilities of children. Educators called Dr. Montessori a miracle worker.

Like others I had believed that it was necessary to encourage a child by means of some exterior reward that would flatter his baser sentiments, such as gluttony, vanity, or self-love, in order to foster in him a spirit of work and peace. And I was astonished when I learned that a child who is permitted to educate himself really gives up these lower instincts. I then urged the teachers to cease handing out the ordinary prizes and punishments, which were no longer suited to our children, and to confine themselves to directing them gently in their work. - Dr. Montessori.

Invited to the USA by Alexander Graham Bell, Thomas Edison, and others, Dr. Montessori made an appearance at Carnegie Hall in New York by 1915. The following is a letter from this period, from Alexander Graham Bell: Dear Dr. Montessori, On behalf of the Montessori Educational Association of America I have the honor to inform you that we have elected you as its first Honorary member and to express to you in this way our deep appreciation of your great work for humanity.

— M. Gandhi, 1943
"Madame Montessori, you have very truly remarked that if we are to reach real peace in this world, and if we are to carry on a real war against war, we shall have to begin with children and if they will grow up in their natural innocence, we won't have to struggle, we won't have to pass fruitless idle resolutions, but we shall go from love to love and peace to peace, until at last all the corners
of the world are covered with that peace and love for which, consciously or unconsciously, the whole world is hungering." 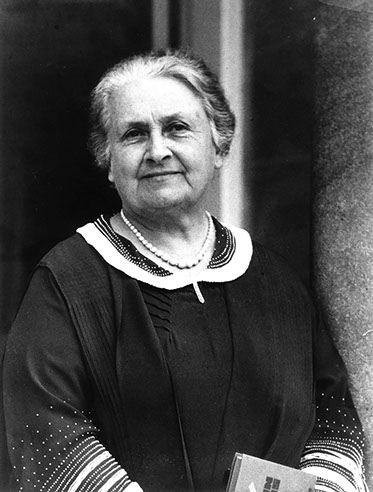 Photo from the Early Children's Houses in Italy

Over fifty years ago Dr. Montessori realized that working with children older than three was too late to have the most beneficial effect on the life of a human, and she initiated what was to become a two-year, full-time, course for adults living or working with children from birth to three years of age.

A sparse environment of carefully chosen materials calls the child to work, concentration, and joy. A crowded or chaotic environment can cause stress and can dissipate a child's energy.

Before the age of six, a child learns from direct contact with the environment, by means of all the senses, and through movement; the child literally absorbs what is in the environment. The toys and materials in the home and school should be of the very best quality to call forth self-respect, respect and care from the child toward the environment, and the development of an appreciation of beauty.

Montessorians are very cautious about allowing children to be guinea pigs for the use of new inventions, and in the long history of humans on earth, both computers and televisions are very recent inventions. We are finding out that even such relatively simple objects as pacifiers and walkers get in the way of optimal and healthful development, and recent brain research reveals to us that computers and television may have far more negative influences on our children's development than positive. They affect the child so much more because of the inordinately large amount of time spent in front of them in some situations. Here are some excerpts on these subjects:

Television is an anti-experience and an anti-knowledge machine because it separates individuals from themselves and from the environment and makes them believe they are living while they are only observing passively what other people decide to make them see.

Maria Montessori's view on the learning child sees not so much the task of filling the mind with information, but rather of constructing the mind through activity according to inner directives and urges. For children age six and older, the computer can be a very positive part of the environment, but it is still important to decide what to do with it. Such a decision should be carefully based on the children's developmental needs and their well-being.

We did not have this wonderful Montessori 0-3 information when our children were babies. But we are excited about the value of its influence for other families, or all who are interested in the child from 0-3. Over and over we hear of the success and happiness of families and professionals who are using these principles in their homes and centers. We sincerely hope that it will be valuable to you and your children. 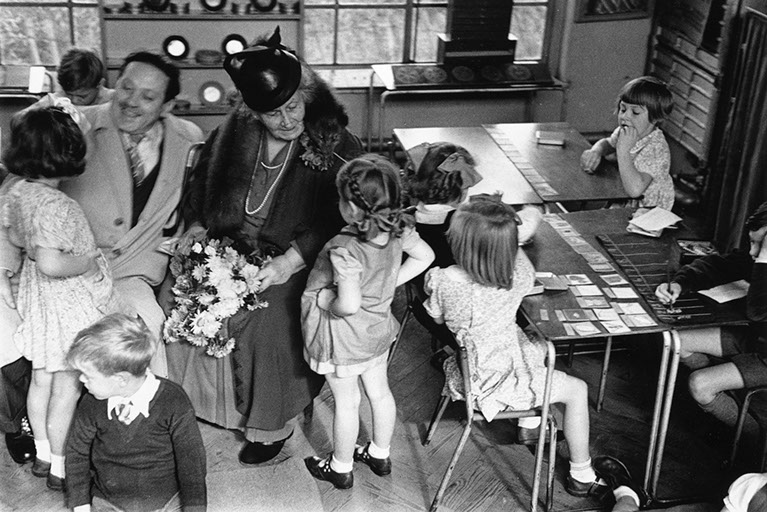 Peek inside of a Montessori classroom 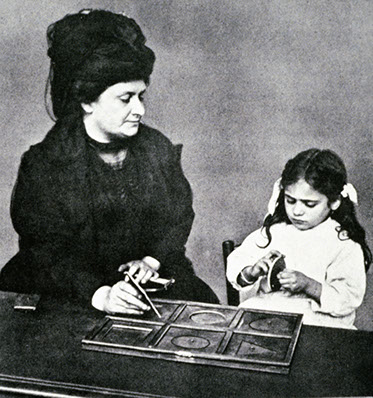 There are no academic requirements for this age, but children are exposed to amazing amounts of knowledge and often learn to read, write and calculate beyond what is often thought usual for a child of this age.

All intelligences and styles of learning— musical, bodily-kinesthetic, spatial, interpersonal, intrapersonal, intuitive, natural, and the traditional linguistic and logical-mathematical — are nurtured and respected.

education. Children are given the opportunity to take care of themselves, each other, and the environment — gardening, cooking, building, moving gracefully, speaking politely, doing social work in the community, etc.

The Results of learning in this way

In looking at the results one must be sure they are judging a class run by a fully trained teacher. Using Montessori without this training will not have the same results. When the environment meets all of the needs of children they become, without any manipulation by the adult, physically healthy, mentally and psychologically fulfilled, extremely well-educated, and brimming over with joy and kindness toward each other.